Sorry, you need to enable JavaScript to visit this website.
Skip to main content
Next article
The Most Fascinating Tortoiseshell Cat Facts

If you’re looking to bring a new four-legged friend into your home and love the thought of petting a soft coat but don’t want all the grooming requirements of a long-haired breed, a short-haired cat could be just what you’re after.

Keep reading to discover how to care for short-haired cat breeds and learn all about our favourites and their unique personalities. Who knows? Maybe you’ll find your next furry best friend!

Short-haired cat breeds have relatively easy grooming needs as their coat is much less prone to matting and many tend to do a pretty good job of grooming themselves. With that being said, we still recommend grooming them every week or so, to keep their fur and skin in tip-top condition and remove any dead hair which can cause those pesky hairballs.

Now you know how to groom short-haired cats, check out our favourite 11 breeds below and find the purrrfect companion to add to your life.

The British Shorthair is one of the most iconic short-haired cats ever.

Their plush, thick coat comes in just about any colour you can imagine and they possess an incredibly sweet appearance with their round head, cheeks and big eyes. In terms of their personalities, they tend to be quite calm and reserved, which many believe to be very British of them! Fun fact: The most notable British Shorthairs are Puss in Boots and the Cheshire Cat from Alice in Wonderland.

Extremely elegant with their lithe body, long legs and big ears, it’s quite clear from a quick glance that the Oriental Shorthair is part of the Siamese family. This short-haired cat breed has a short, silky coat that you just won’t be able to resist petting, which works out well as the Oriental craves attention and fuss from their people. Alongside their love of cuddles, they also adore games and some owners will even teach their Oriental tricks, to walk on a harness and even play fetch!

If you’d love a Persian but can’t bear the thought of all the grooming that goes along with owning one, the Exotic Shorthair is the feline for you. Often called ‘the lazy person’s Persian’, this short-haired cat breed was created by crossing Persians and British Shorthairs and you can see evidence of this parentage in their short face, round head and small wide set ears. When it comes to personality, the Exotic Shorthair is very similar to the Persian as they’re very gentle and affectionate with a big love for laps.

The Russian Blue is a truly gorgeous short-haired cat with a plush, dark grey, silver-tipped coat that almost appears blue. Their stunning coat paired with their almond-shaped, jade green eyes – these start off as yellow with green rims when they’re kittens – gives them a striking appearance that you won’t soon forget. They’re not just beautiful to look at though, they’re also incredibly loving and tend to follow their people around from room to room and are likely to even greet them at the door too!

The Siamese has a stunning short coat with a fine texture that comes in four distinct colours: seal point, chocolate point, blue point and lilac point. Their beautiful colouring and markings serve to make them look very elegant and some even say that they look like they’re ready for a ball with their pale gown (body) and dark accessories (points). Underneath all that glamour, they’re very talkative cats who adore their people and want to spend every second with them.

Very agile and muscular with a wild appearance, the Bengal’s spotted or patterned coat makes them look like they’ve strolled right out of the jungle.

Aside from being beautiful, this short-haired cat is very chatty, friendly, loves to play and is very good at picking up tricks. Bengals are complete mischief makers too as they have very nimble paws which are fantastic at turning on and off light switches and their love of water may even see them hopping in the shower with you.

Abyssinians are very distinctive with their lithe, muscular bodies and short ticked coats that come in a variety of colours including usual, sorrel, blue, chocolate, lilac, fawn and silver. These short-haired cats are smart and super fun to be around and are known to make a bird-like trilling sound toward their humans. Abyssinians love to climb and will quickly shimmy up trees if given the chance, so it’s very important to include adequate climbing opportunities in your home.

Bred to resemble the Indian Black Leopard, the Bombay cat is often called a ‘parlour panther’ and when you glimpse their glossy black coat, muscular build and gold-coloured eyes, you’ll soon see why. This short-haired cat breed is very active in terms of mind and body and loves nothing more than to follow their favourite human around and keep a close eye on everything they’re doing. Fun fact: All parts of the Bombay are black including their noses and paw pads!

Easily recognisable with their cute folded ears that are the result of a genetic mutation, the Scottish Fold is sometimes described as ‘owl-like’ in appearance. One interesting thing about the breed is that many owners report finding their Scottish Fold in weird positions including lying flat out on the floor, perching like a meerkat and even on their back with all four paws pointing to the sky. Their short coat is very soft and plush and comes in a huge variety of colours and patterns. Fun fact: All Scottish Folds can be traced back to a barn cat called Susie.

Devon Rex cats possess a very unusual appearance with their big, butterfly-shaped ears and large eyes which makes them look pixie or elven-like. This short-haired cat has very soft and wavy fur that’s the result of a genetic mutation and some Devon Rex cats can actually have hairless points. In terms of personality, they’re extremely affectionate, full of energy and are complete goof balls that love nothing more than to make their people laugh. Fun fact: Their short, delicate fur should never be brushed as it’s just too fragile.

Often confused with the Devon Rex, the Cornish Rex has an even finer coat and longer legs. Their short, curly coat is caused by a recessive gene and you won’t be able to resist petting it as its super soft and silky. Known for being very charming in character, the Cornish Rex is smart and confident and a real people cat that loves to be handled and cuddled. They’re even often referred to as being dog-like because they’re so easy to train and always up for a game of fetch. That’s our guide on short-haired cat breeds! Want to find out more about the different cat types? Read our article on white cats, next. 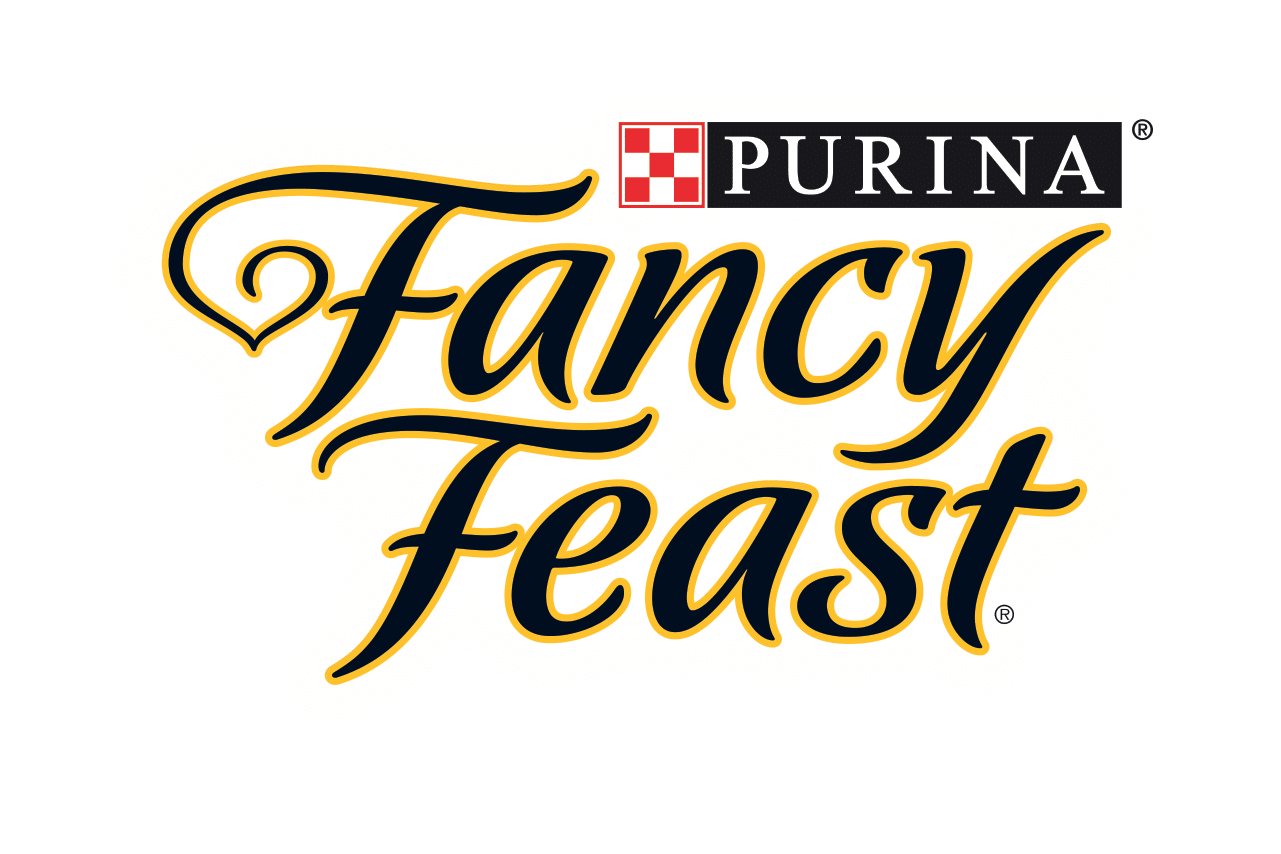 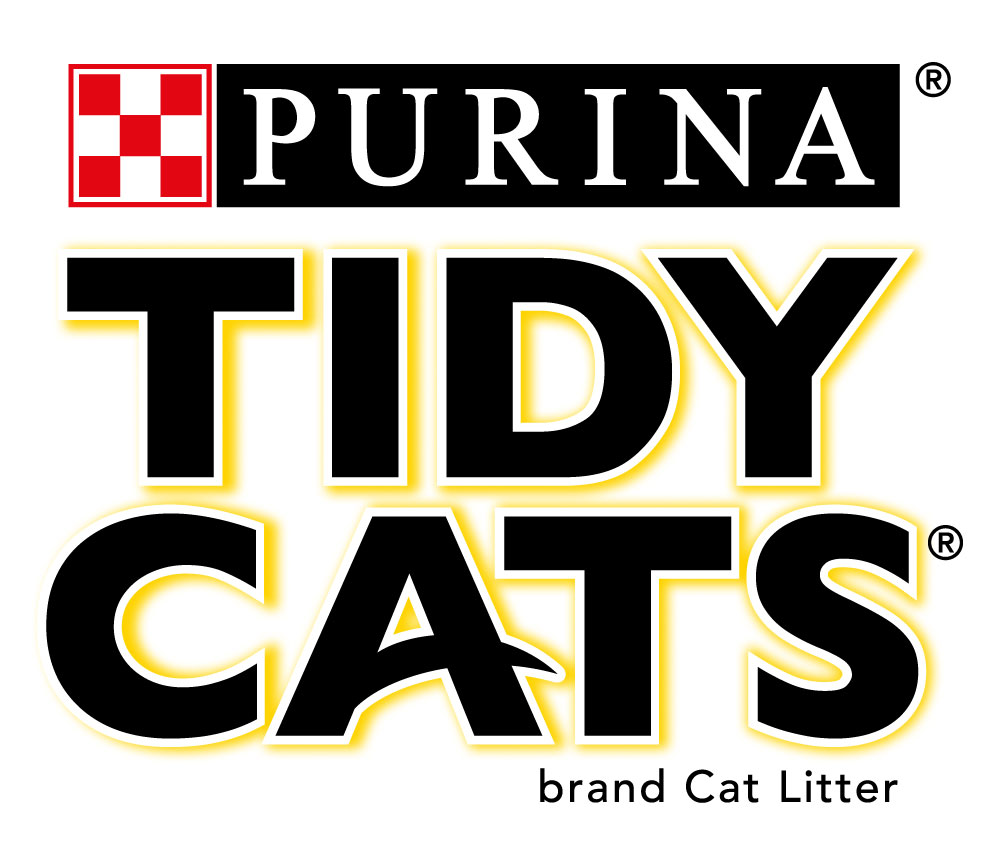 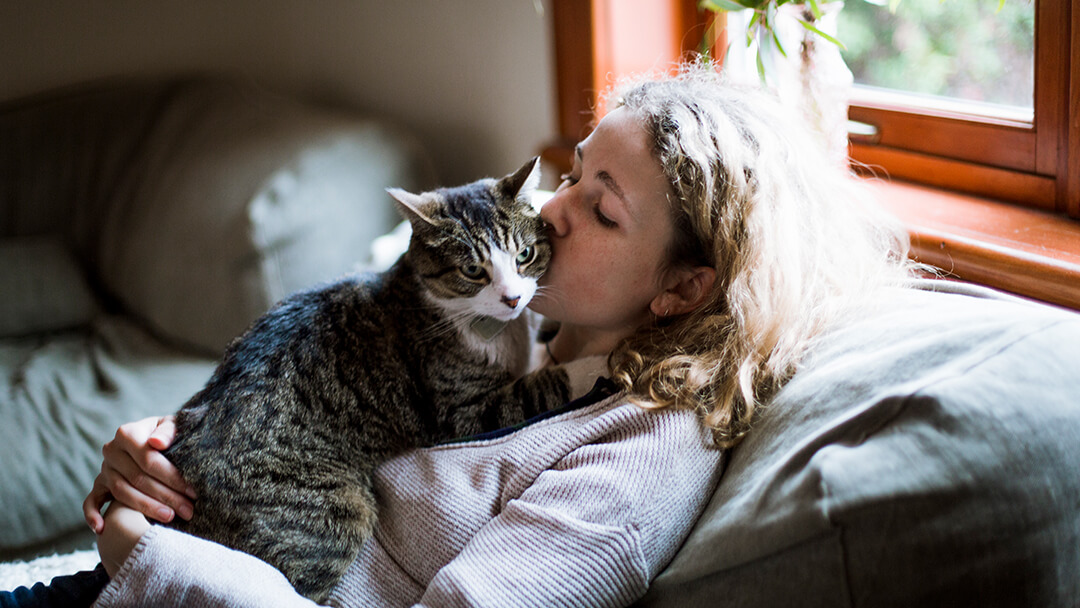 The Most Affectionate and Friendliest Cat Breeds 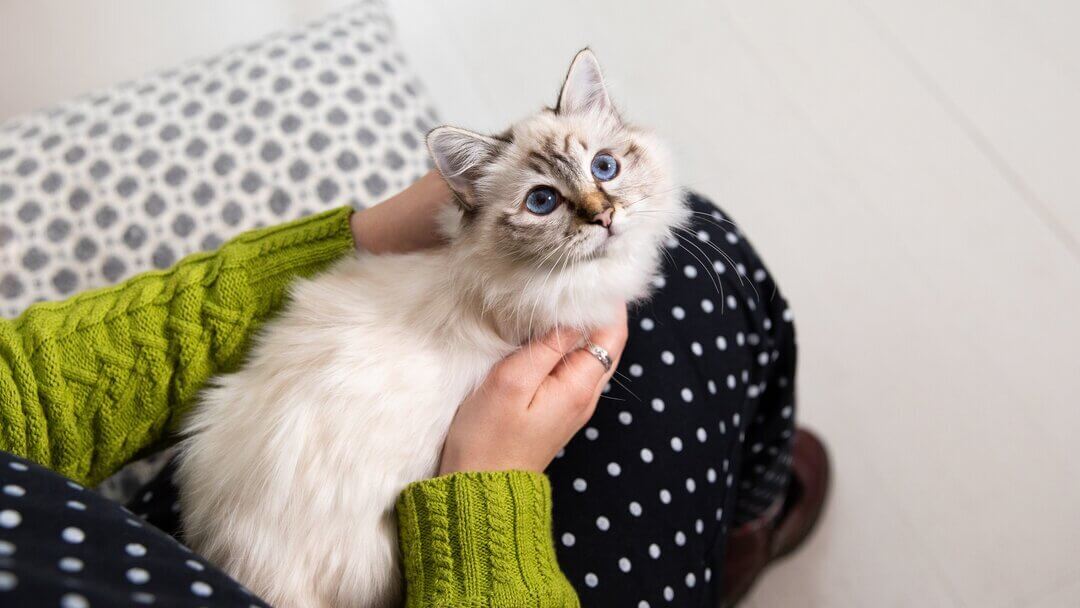 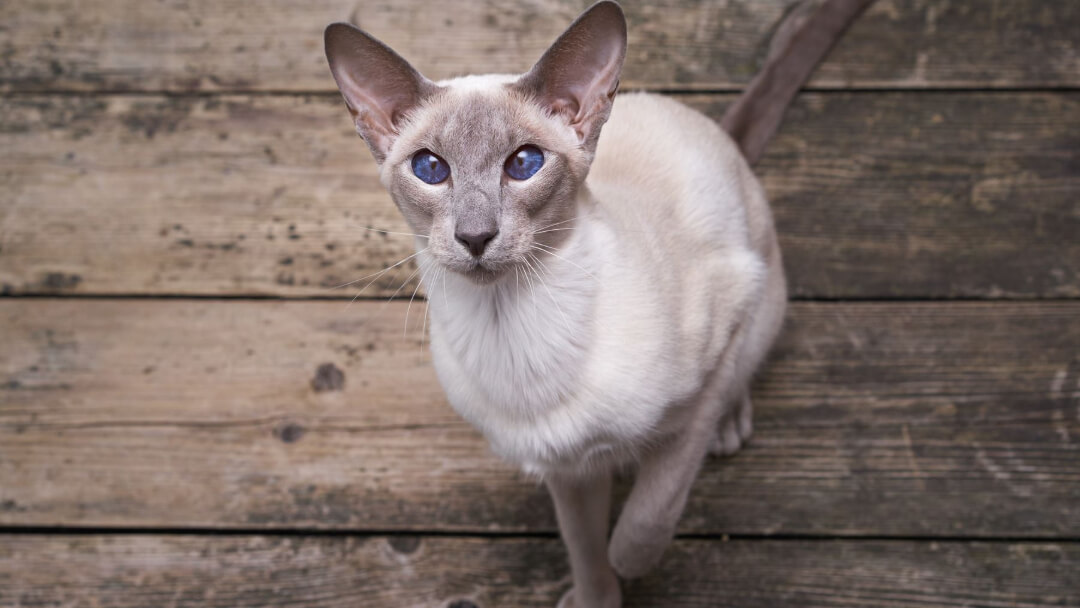 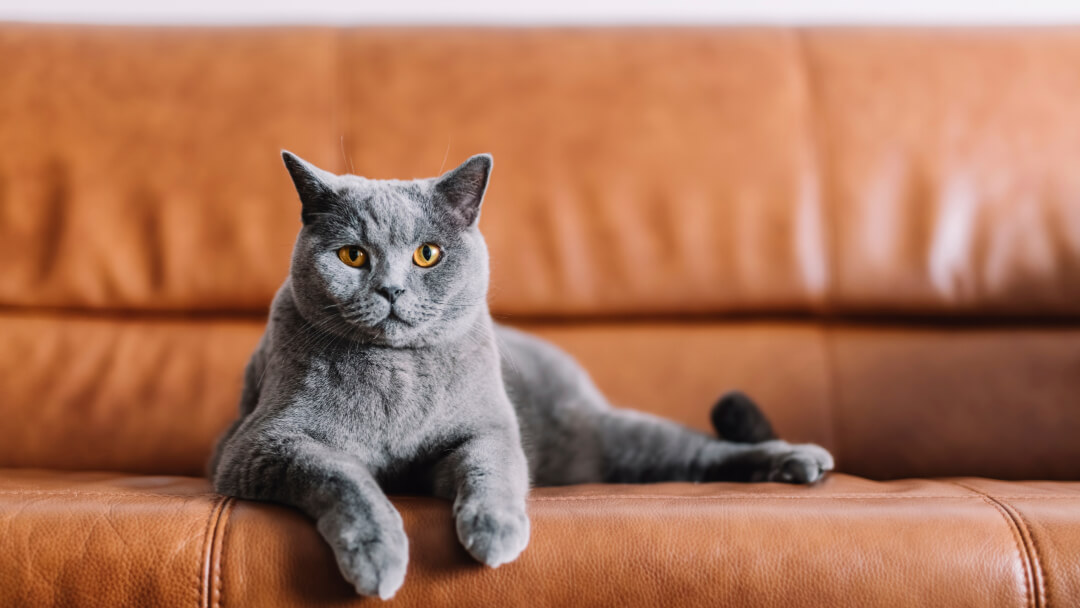