Sorry, you need to enable JavaScript to visit this website.
Skip to main content
Next article
Everything You Need to Know About Cat Abscesses

Toxoplasmosis in Cats: Symptoms and Treatment

Cats that can’t resist a good hunting expedition are more at risk of getting toxoplasmosis, but indoor cats are not completely safe either. Find out what this disease means for your furry friend, what the toxoplasmosis symptoms are in cats and how humans can be affected too.

Toxoplasmosis is a disease caused by the single-celled parasite Toxoplasma gondii. Cats are what’s known as the ‘definitive hosts’ for this parasite, which means they’re the only animals that can shed parasite eggs in their faeces. However, many other species including humans can also be infected with Toxoplasma gondii, even though they can’t pass it on in the same way.

This micro-organism can find its way to a new host in various ways, including through raw or undercooked meat. It’s also possible to pick up the infection through contact with soil or cat litter that’s been contaminated with cat faeces, as well as fruits and vegetables that haven’t been washed.

Even though toxoplasmosis in cats or humans typically results in mild symptoms or no signs at all, infection is riskier for pregnant individuals and those with a weakened immune system. Here’s what you need to know about this parasitic infection and how it can affect your cat.

When it comes to our feline friends, the Toxoplasma gondii parasite usually infects outdoor and stray cats more often than homebound housecats. There is a simple reason for this: roaming cats will hunt a lot more than the felines strolling up and down our living rooms, and this increases their chances of infection.

Cats most often pick up the parasite by eating infected prey, though they can also come into contact with parasite eggs in the environment.

But don’t think your couch-potato cat is completely safe from catching this parasite. The chances are lower, but keep in mind that your pet doesn’t have to stray too far away from home to get infected. In fact, for indoor cats one of the most likely ways for Toxoplasma gondii to get into their system is straight from the kitchen table, via uncooked meat. Raw cat food diets may cause toxoplasmosis in cats as well as in their human owners, who can pick the infection up from handling raw meat.

What are the toxoplasmosis symptoms in cats?

An infected cat doesn’t necessarily mean a sick cat. The Toxoplasma gondii parasite infection goes unnoticed most of the time, with neither cats nor their owners noticing anything out of the ordinary.

However, in a few cases the parasite will trigger the disease called toxoplasmosis. The most likely cats to be affected are those with a compromised immune system. This includes cats that are already affected by Feline Immunodeficiency Virus or Feline Leukaemia Virus. Young kittens are also more vulnerable to this infection compared to more mature cats.

The most common symptoms of toxoplasmosis in cats are fairly non-specific:

In rare cases, the parasite can spread to various parts of the body causing more serious symptoms such as pneumonia, liver disease, eye problems and even neurological symptoms such as seizures. Even though these severe symptoms of toxoplasmosis in cats are not very common, it’s important to contact your vet if you are concerned about any unusual signs.

How is toxoplasmosis diagnosed in cats?

With many cats displaying no symptoms, Toxoplasma gondii infections will often go undiagnosed. For cats that do show toxoplasmosis symptoms, blood tests are usually recommended to establish if there are antibodies that indicate the presence of the parasite in the cat’s system.

Yet even in those instances when the lab tests are positive and the cat shows symptoms such as fever and lethargy, the vet will often prefer to keep testing for other illnesses as well, given that in the case of this parasite, infection doesn’t always lead to disease.

Can toxoplasmosis in cats be treated?

If toxoplasmosis has been identified as the cause for your cat’s symptoms, the most common treatment vets recommend is a course of antibiotics. The treatment has to be continued even after the cat starts to get back to their normal self. It’s important to follow your vet’s directions precisely and complete the full treatment course. In rare cases, when the disease is causing significant inflammation, antibiotics may be prescribed alongside doses of steroids.

How to prevent toxoplasmosis in cats?

For all cats, it’s sensible to take some basic hygiene measures that will help prevent toxoplasmosis:

For cats with a compromised immune system such as those with Feline Immunodeficiency Virus, the symptoms of toxoplasmosis in cats can be more severe, so there are a couple of other measures you can consider taking:

What to do if your cat has been diagnosed with toxoplasmosis?

If your cat has been diagnosed with toxoplasmosis, this doesn’t mean you have to keep your lovely ball of fur at arm’s length from now on. You won’t get infected with the parasite through stroking your cat. However, humans can get infected through direct contact with cat faeces.

So, make sure you follow the treatment your vet has prescribed and don’t forget to wear gloves and wash your hands after handling your cat’s litter tray.

Toxoplasmosis in humans: should you worry?

Humans are more likely to become infected with Toxoplasma gondii through handling raw or uncooked meat or via contaminated soil when gardening than through contact with an infected cat. Much like toxoplasmosis in cats, infection in humans typically doesn’t cause symptoms, though it may trigger mild signs such as fever or lethargy.

However, for people with weakened immune systems and pregnant women, it is especially important to minimise the risks of getting infected with this parasite. Prevention is key, so make sure you speak to your vet about testing if you have any concerns, cook meat properly, thoroughly wash your hands, dishes and surfaces when they’ve been in contact with raw meat and avoid handling your cat’s litter tray if you can. Read more on the NHS site about toxoplasmosis and why women shouldn’t change cat litter during pregnancy.

Another type of parasite looking for a feline host is the lungworm. If your cat is coughing or showing difficulty breathing and seems more lethargic than usual, and you suspect a parasite might be to blame, check out our guide Lungworms in Cats: Symptoms and Treatments to find out more. 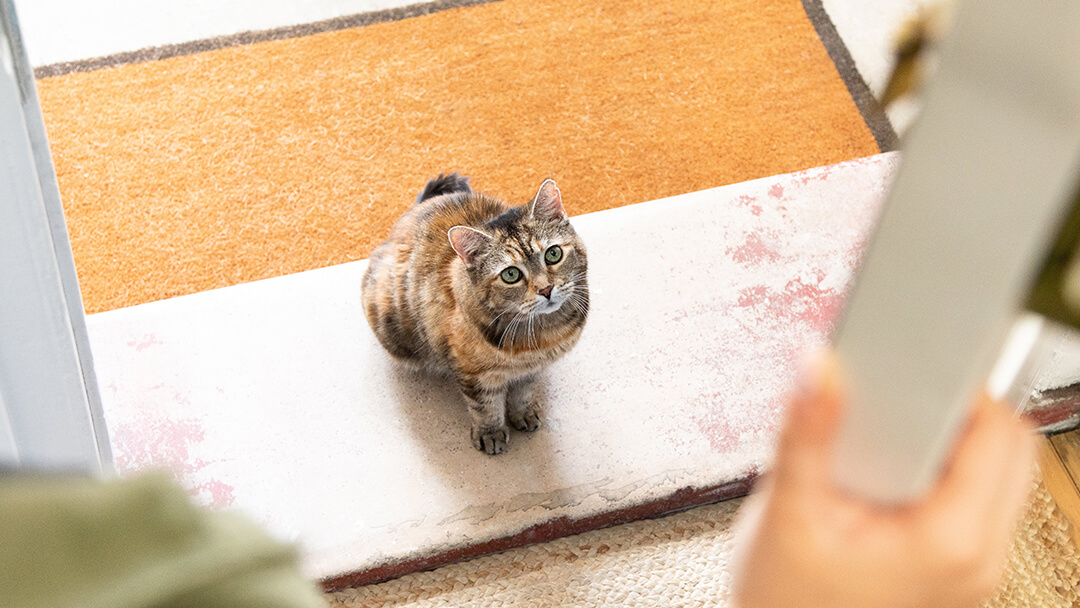 All About Outdoor Cats

Unusual Cat Illness Symptoms To Watch Out For 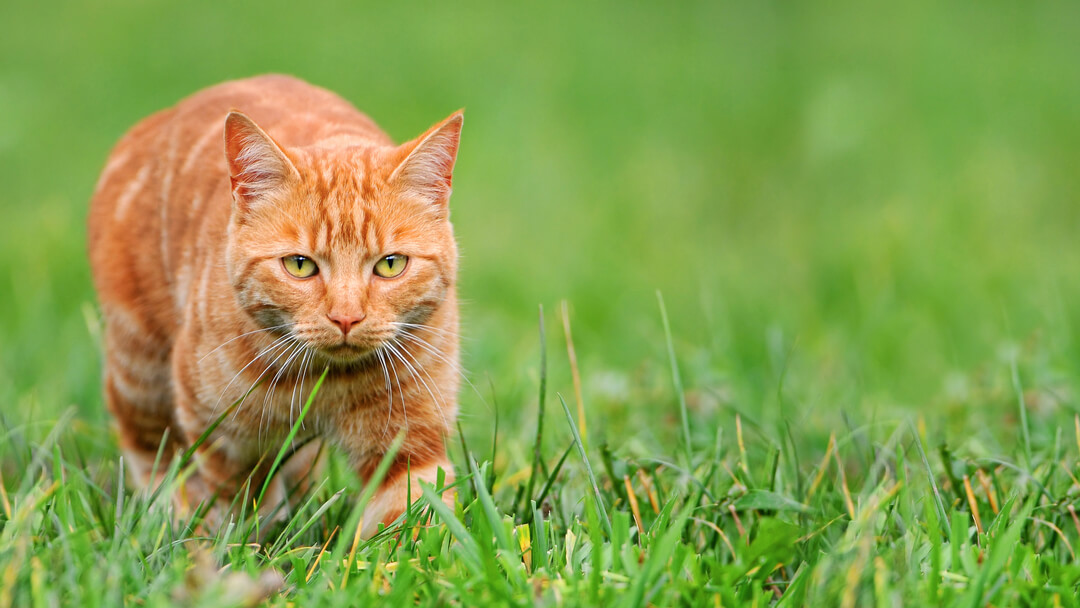 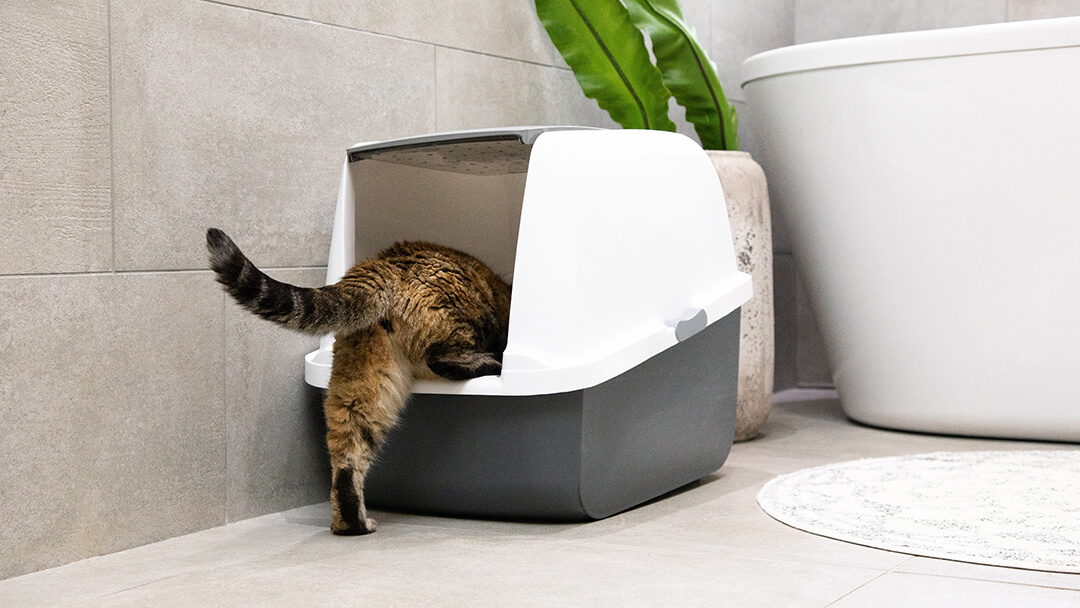