Sorry, you need to enable JavaScript to visit this website.
Skip to main content
Next article
10 Cat Breeds with Blue Eyes 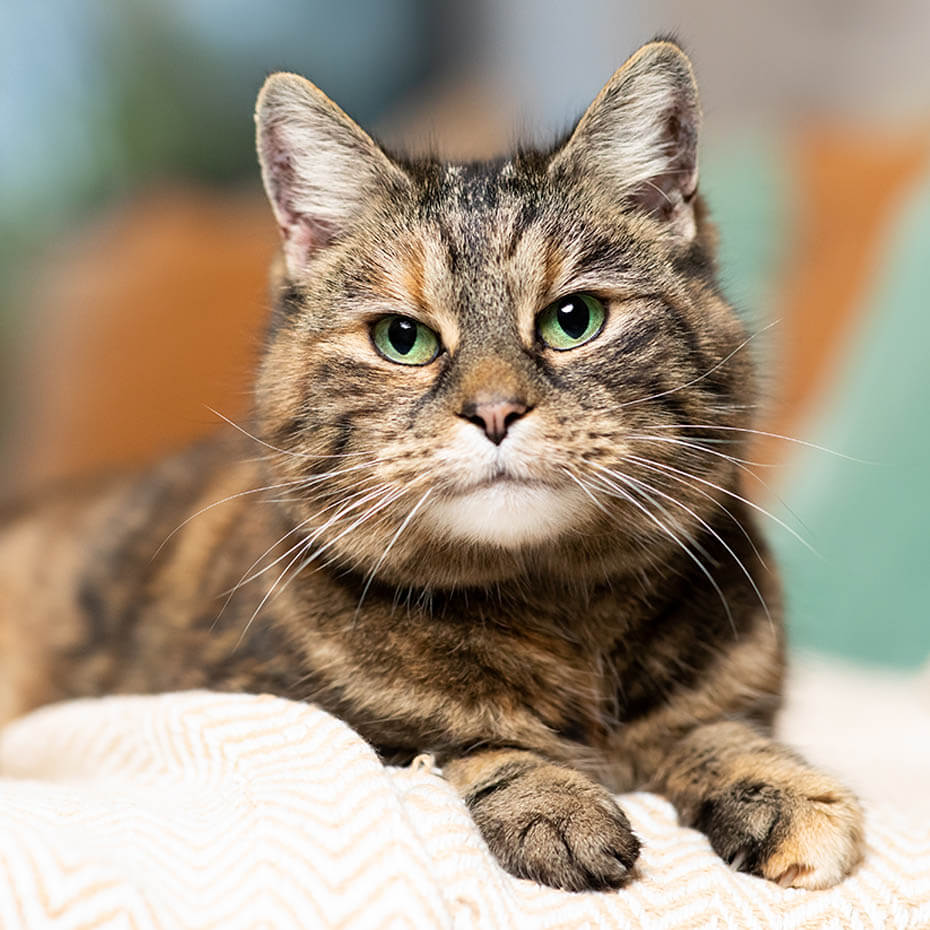 Big cat breeds just means that there's more kitty for you to love! Find out more about the largest domestic cat breeds with Purina.

Many of us often dream of having our very own tiger or leopard to snuggle up with, as their large toe beans and big stature just means there's more cat to love! Though it's not be possible to have these big cats as pets, there are actually quite a few big domestic cats which will quite happily share your residence.

You may be wondering what cats are bigger than the average moggy, which is why we've done all the hard work for you and picked out our top 8 large cat breeds.

If you're looking for a big cat breed, you'll find everything you want with a Maine Coon. Weighing up to 20 pounds and with big, fluffy coats, they're a lot of cat to love. The Guinness World Record holder for the longest cat was actually a Maine Coon called Barivel, and measured an impressive 3ft 11.2in from head to tail tip.

These gentle giants were originally kept as farm cats as they're excellent at hunting, however because of their striking good looks and smart, playful natures they're now found in homes across the globe.

While the Persian is large when compared to most cats, they're not the biggest cat breed on this list by a long shot. Weighing around 12 pounds, their extremely plush coat gives them a larger appearance. This big house cat is very laid back and highly intelligent, and some owners have even reported that they've managed to teach them tricks! A Persian will require extra grooming, but when done daily this is very easy to keep up with.

This big house cat has come under scrutiny in recent years about whether it actually qualifies as a domesticated cat or not. Savannah cats are the result of crossing domesticated cats (usually a Siamese) with a Serval - an African wild cat. When it comes to size, it often varies as it'll depend on how far removed the cat is from their Serval relative, but the tallest Savannah on record was Arcturus Aldebaran Powers and was measured at a whopping 19.05 inches from ground to withers!

The Norwegian Forest cat is a strong, muscular looking cat with large paws and a big, thick coat that gives them an even larger appearance. Weighing up to 22 pounds, this big domestic cat was actually developed as a result of a Norwegian legend. The legend went that there was a cat that lived in the forest and appeared and disappeared like magic, and sometimes all that was seen was a thick, furry tail. Cat breeders of Norway wanted to breed a cat that was the very embodiment of this legend, which is how the Norwegian Forest Cat came to be!

This is truly a one-of-a-kind cat, so expect to be starstruck in its rare presence.

These cute large cat breeds are quite particular with the company they keep and tend to attach themselves onto one person. Due to this they're not usually suited to larger families as they may get jealous!

Weighing as much as 20 pounds, male Ragdolls are generally significantly larger than their female counterparts. Ragdolls are one of the most popular cat breeds in the UK which is largely due to their big blue eyes, charming natures and super soft coats. They're ideal family cats too as they have a people-loving personality and are super laid-back and cuddly in nature.

Fun fact: All Ragdolls are descended from a longhaired white cat called Josephine, who was the mother of the very first Ragdoll kittens in the 1960s!

This big house cat may have an unusual name, but their rabbit-like fur and adorable appearance is bound to capture your heart. Usually weighing around 20 pounds, the Ragamuffin is descended from the Ragdoll - hence why they share similar characteristics. The breed came about due to a disagreement between the original Ragdoll breeders regarding the direction they wanted the breed to go. They created two separate breeds, which is why the Ragamuffin comes in so many different colours.

Similar to how the Savannah cat came to be, the Chausie is a big cat breed that was the result of crossing a wild jungle cat and a domestic cat. These large, attractive cats can weigh up to 25 pounds and possess long legs and an agile body. Favoured for their wild appearance, these social cats are best suited to families who spend most of their time at home. Additionally, they are happiest with a consistent routine and don't like it when things change, so you'll always have to make sure you have dinner ready on time with these big house cats!

Fun fact: Chausie cats have deep chests which means that they can take really deep breaths - so don't be alarmed if it seems like they have an unlimited amount of energy!

That's our top 8 big cat breeds! Don't have enough space in your home for a larger than life kitty? Discover all about the smallest cat breeds instead.

Find out more about cat behaviour and training with our guides. 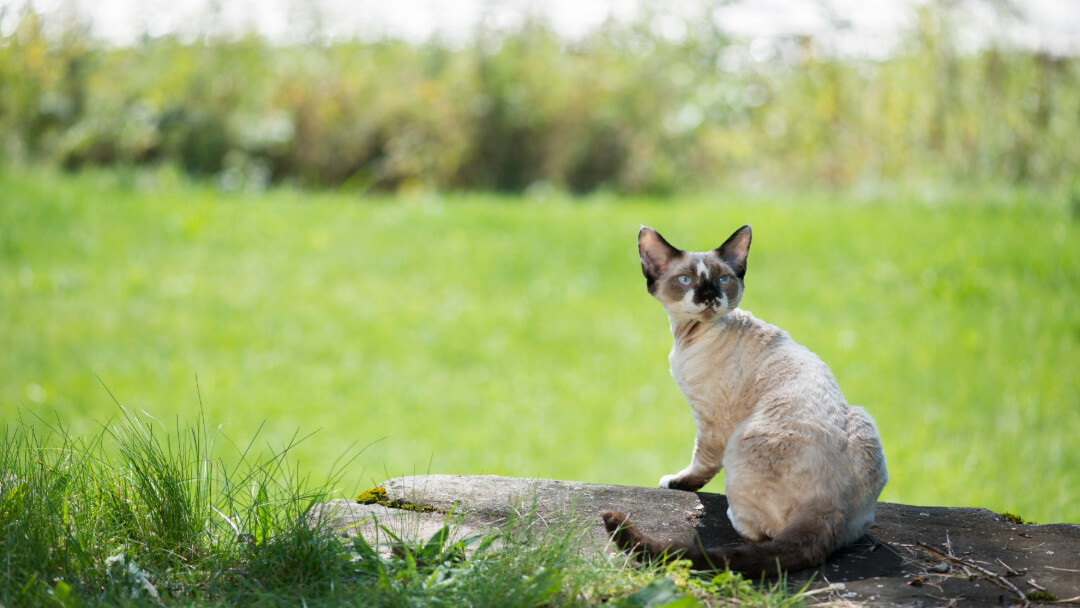 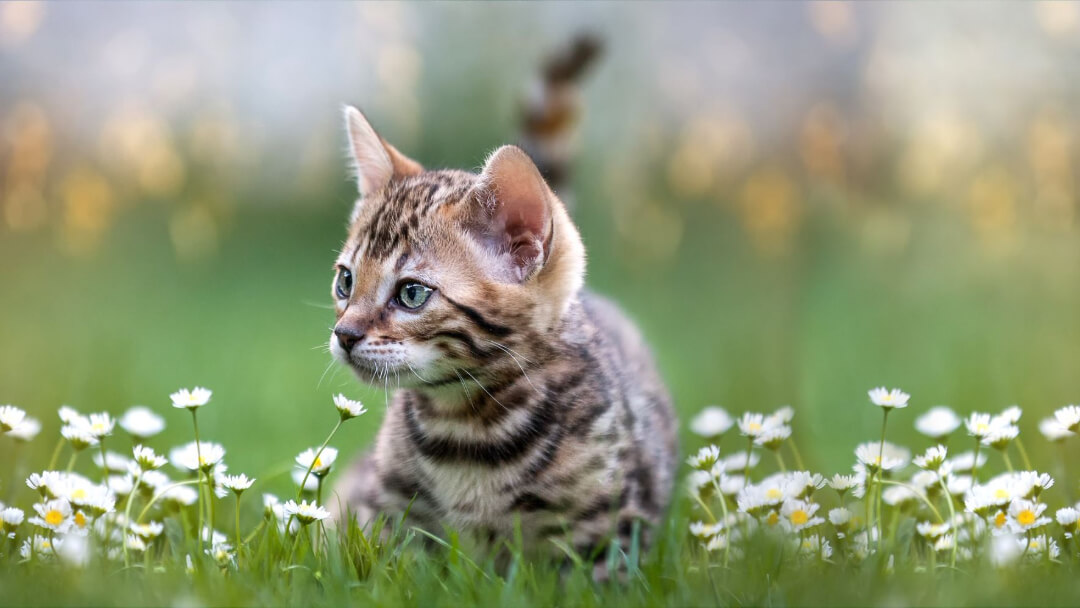 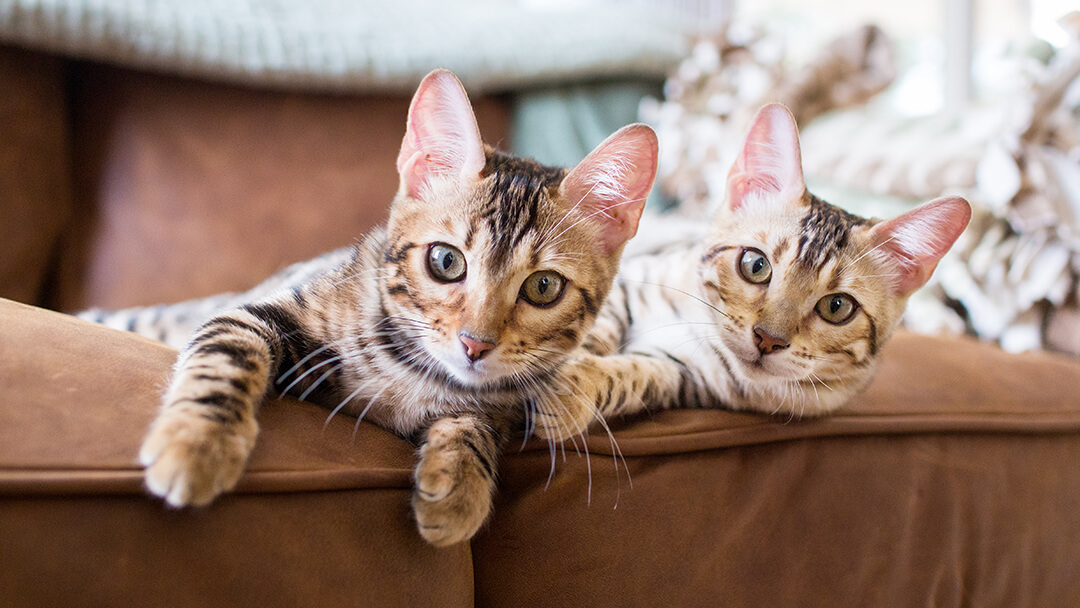 Getting a Cat or Kitten